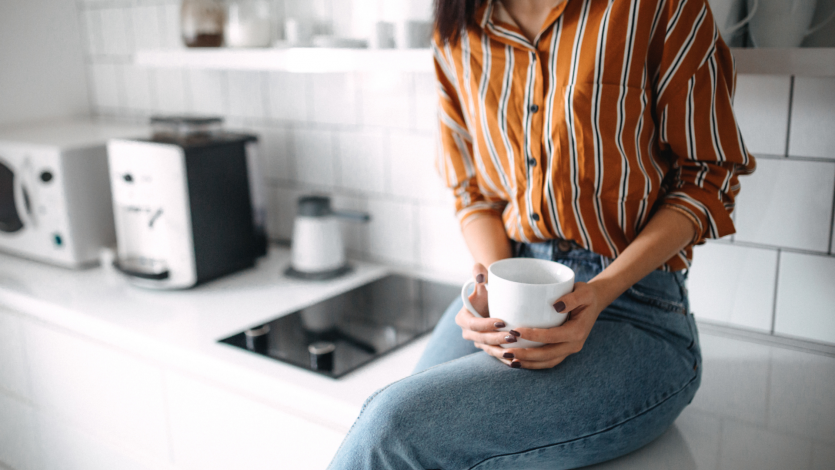 For some people, coffee not only energizes, but also stimulates bowel movements. Many people run to the bathroom within minutes of drinking coffee, but there are surprisingly few studies on why. However, there are studies that show that there is something special about coffee in this regard, CNN reported on the 4th.

There are small studies showing that drinking coffee is more effective at inducing a bowel movement than warm water. Another study found that this effect occurs with or without caffeine. This suggests that compounds other than caffeine in coffee may be the cause of sudden bowel movements.

◆ Coffee can cause colon contraction

Our Mong's large intestine undergoes three types of contractions. It is mixing, kneading and discharging. The occurrence, timing, and frequency of these contractions are determined by muscle, neurological, and chemical factors. There is a study that coffee can stimulate contraction of colonic motility as one of the chemical factors.

In 1998, researchers at the University of Iowa in the U.S. inserted a probe with a sensor into the large intestine of 12 volunteers and randomized them to hot coffee, water, and food for 10 hours. Coffee and food induced more colonic contraction and pressure than water. Caffeinated coffee was 60% more effective in stimulating colonic activity than water and 23% more effective than decaffeinated coffee.

In 1990, researchers at the Royal Hampshire Hospital in England conducted a similar experiment on 92 men and women aged 17 to 27 who, after drinking coffee, had an urge to defecate. Their colon activity increased 4 minutes after drinking unsweetened black coffee, and the effect lasted at least 30 minutes.

Kyle Stoller, a professor at Harvard University and director of the Institute of Gastrointestinal Movements at Massachusetts General Hospital in the United States, explained that coffee should not directly stimulate the lining of the colon, but rather stimulate the lining of the stomach to induce a nervous system or hormonal response, thereby causing colon contraction. "The contraction of the large intestine causes the feces in the large intestine to move to the rectum, which causes the urge to defecate," he said. He thought that the compound that caused the contraction of the colon was most likely melanoidin. Melanoidin is a brown sweet-and-sour compound formed during the coffee roasting process and contains dietary fiber that aids digestion and prevents constipation.

◆ May affect hormones and stomach acid

"Some compounds in coffee may interact with opioid receptors in the GI tract," said Stoller. It is explained that opioid receptors can promote contraction of the colon by regulating various intracellular signaling processes.

If you are lactose intolerant and still like milk coffee, dairy cream can be the cause of a sudden urge to defecate. "You can tell by drinking coffee without dairy cream or milk and observing the urge to pass for several days," said Dr.

These studies suggest that drinking coffee is beneficial for digestion. So, is it desirable to drink morning coffee for regular bowel movements? Professor Stoller said it's not a bad choice if you're constipated. However, Dr. Jones said, "Avoid relying on coffee for bowel movements. If you have problems with going to the bathroom regularly, talk to your doctor." Rather than coffee, he recommends "slowly increasing your fiber intake with fruits, vegetables, whole grains, beans, nuts and seeds." The 2020-2025 U.S. Dietary Guidelines recommend that adults consume 25 to 30 grams of fiber per day, but the average American adult consumes only 12 to 14 grams of fiber per day.